The Bluegrass Chapter of the ATOS was founded in the mid-1970s and revived in April 2009. Our chapter mission is to actively support and promote the theatre pipe organ and its music in the Bluegrass State and western West Virginia.

We are organists, musicians, teachers, people in business, and people from the Central Kentucky community promoting the rebuild and reinstallation of the original Wurlitzer Theatre Organ in The Kentucky Theater. Organists in our chapter provide music before movies at The Kentucky Theater, and our volunteers are actively working to restore and reinstall the magnificent theater organ. However, even working with volunteers, the cost is $260,000. That is $52,000 per year over the next 5 years. Please click here to learn how you can help. We also invite you to join our chapter. Your assistance is greatly appreciated, and we thank you.

Our organization was registered with the Kentucky Secretary of State on July 5, 1979, as a not for profit under KRS 273.160. The Articles of Incorporation are available on the Secretary of State’s website here. The corporation is organized and operated exclusively for charitable and educational purposed within the meaning of section 501(c)(3) of the Internal Revenue Code of 1954, as amended.

Officers, members of the Board of Directors, and the Registered Agent for the Bluegrass Chapter of the American Theatre Organ Society receive no compensation for any services they provide to the organization. 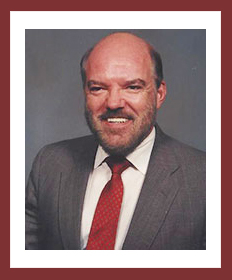 Born March 24, 1937 and raised in Marlette, Michigan, John Landon demonstrated an early interest in the organ. At first it was the Hammond organ at his home church. Later on at a nearby church with a pipe organ, he told his mother that he wanted one of the gold pipes from the speaking façade.

As a child, he listened to famed theater organist Dick Leibert on Sunday mornings on the radio. His formal training on the piano began when he was five years old. That was when he discovered that he had a good ear for music.

Although his formal education took him in a slightly different direction, John Landon served as house organist at The Paramount Theater in Anderson, Indiana from 1955 until 1987. During this time and beyond, he travelled around the United States to hear and play theater organs. In 2002, he became the organist at The Kentucky Theater in Lexington, Kentucky, where, except for a brief hiatus in Florida, he has served as organist to this day. His brief time away from Lexington was spent playing at the Polk Theater in Lakeland, Florida from 2003 to 2005.

His love of the theater organ led to his serving on the American Theatre Organ Society board of directors from 1985 to 1987, where he served as chair of the Hall of Fame Committee. He helped to found both the Central Indiana Chapter and the Bluegrass Chapter of ATOS. In the theater organ world, he is perhaps best known for being the author of two of the seminal books on the subject. The first is Jesse Crawford, Poet of the Organ; Wizard of the Mighty Wurlitzer published in 1974 by Vestal Press. A second edition of this volume is being considered at this time. His other work, Behold the Mighty Wurlitzer, The History of the Theatre Pipe Organ was published in 1983 by Greenwood Press, and is still in print. The current publisher of this volume is ABC-CLIO of California.

John W. Landon now serves as the historian for The Bluegrass Chapter of The American Theatre Organ Society in Lexington, and is revered for his service to the theatre organ world, our community, and to those he has served as a minister. His is a life well lived, serving the needs of others and passing on the torch to future generations as a teacher, an organist, and as a friend.

by William A. Webber, IV